Hodaka Morishima
in Weathering With You

Hodaka Morishima (森嶋帆高, Morishima Hodaka) is a main character in Weathering With You.

Hodaka is a teenager of average build and height with short, messy dark hair, and light brown eyes. He wears a plain white t-shirt, jeans folded up to his knees, and carries around a small over-the-shoulder bag.

Hodaka Morishima was born to an upper middle class couple sometime in late 2005 on the island of Kozushima. In his teen years, he seemed to be going through a rebellious phase and had a strained relationship with his parents, particularly his father. It is implied he is abused and controlled by his father, and combined with his school life, was made to feel "chained down."

In Weathering With You

In the summer of 2021, Hodaka, tired of his shallow lifestyle along with his father treating him cruelly, decided to run away to Tokyo in search of freedom and independence, nearly sliding off the ferry en route. He was saved, however, when a passenger, a cult reporter named Keisuke Suga, intervened. Once he got to Tokyo, he found himself living his a NEET against the high living cost in Tokyo, and soon became broke and falls into isolation, also known as hikikomori. However, he finally managed to get a job as a writer in a shady & small Monthly Paranormal Occult Editorial K&A Planning, Suga’s business.

After becoming a journalist, Hodaka was sent on a task to investigate the irregular weather in Japan. One day, in a corner of the crowded and busy Tokyo metropolitan, Hodaka met a bright and strong-willed young woman named Hina Amano, who had the mysterious ability to part the rainy clouds through her prayer, and the two began a small business and explored the undiscovered secrets of the world together.

On the cover of Weekly Shonen Magazine No. 33
Add a photo to this gallery

Hodaka is voiced by Kotaro Daigo. 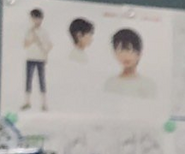 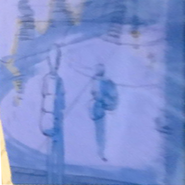 Add a photo to this gallery

Retrieved from "https://makotoshinkai.fandom.com/wiki/Hodaka_Morishima?oldid=5314"
Community content is available under CC-BY-SA unless otherwise noted.