He is best known for directing Your Name., one of the highest-grossing anime films of all time,[1] and was listed by Variety as one of 10 animators to watch in 2016.[2] Asteroid 55222 Makotoshinkai is named after him.[3]

A native of Nagano Prefecture, Shinkai studied Japanese literature at Chuo University, where he was a member of juvenile literature club and drew picture books. He traces his passion for creation to the manga, anime, and novels he was exposed to in middle school. His favorite anime is Castle in the Sky by Hayao Miyazaki. Shinkai has been called "The New Miyazaki" in several reviews,[4][5] including those by Anime Advocates and ActiveAnime—comparisons he calls an "overestimation".[6]

He is married to retired actress and producer Chieko Misaka, star of films including Versus by Ryuhei Kitamura; they have a daughter, child actress Chise Niitsu (born 2010).[7][8] 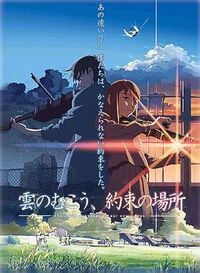 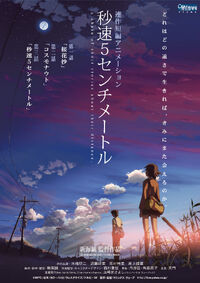 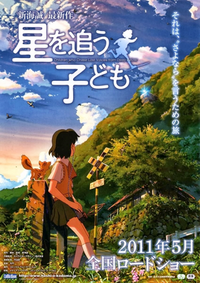 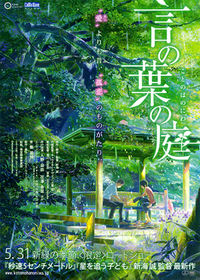 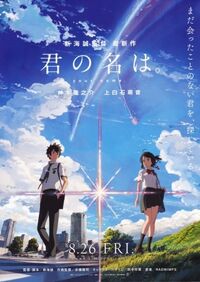 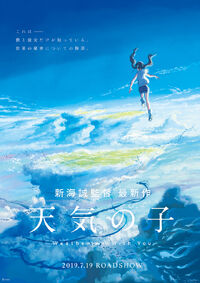 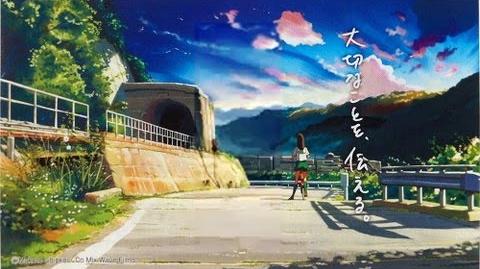 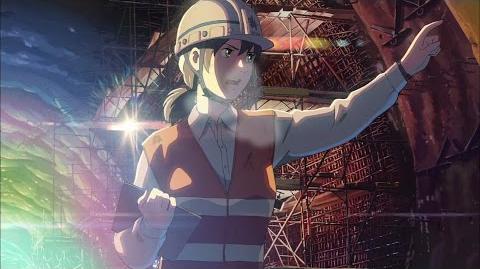 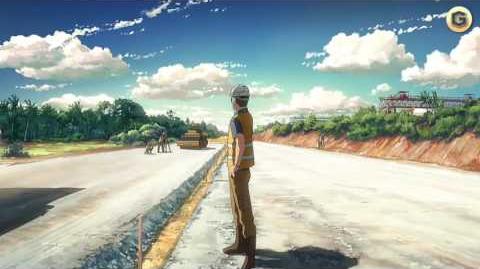 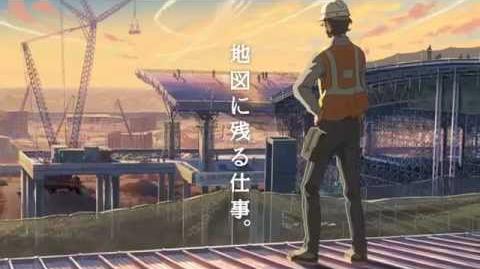 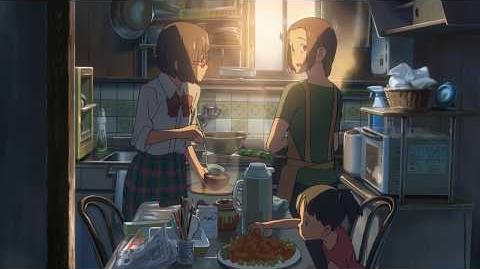 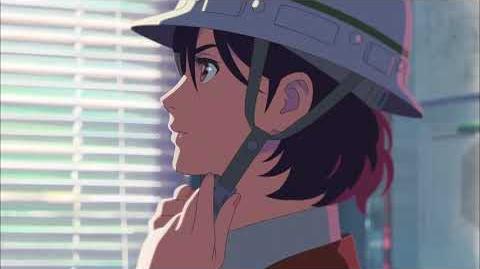 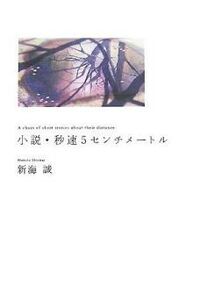 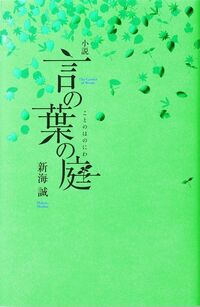 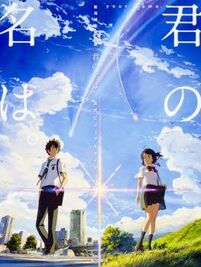 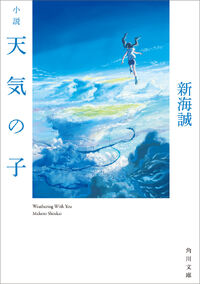 After graduating from Chuo University in 1994 he got a job at Falcom, a video game company where he worked for 5 years making video clips for games and graphic design including web content.[9] During this time he met musician Tenmon, who later scored many of his movies.

In 1999, Shinkai released She and Her Cat, a five-minute short piece done in monochrome. It won several awards, including the grand prize at the 12th DoGA CG Animation contest (2000). DoGA is an independent nonprofit company set up to encourage entry-level animators with software and advice.[10] The short details the life of a cat, entirely from the cat's perspective, as it passes time with its owner, a young woman.

After winning the grand prize, Shinkai began thinking about a follow-up while he continued working for Falcom. In June 2000, Shinkai was inspired to begin Voices of a Distant Star by drawing a picture of a girl in a cockpit grasping a cell phone. Some time later, he was contacted by Manga Zoo (today a smartphone app), which offered to work with him, giving him a grant to turn his idea into an anime they could sell. In May 2001, he quit his job at Falcom and began to work on Voices. In an interview, Shinkai noted that production took around seven months of "real work".[9]

As a feature animation director

Voices of a Distant Star was followed by the 90-minute The Place Promised in Our Early Days, which was released nationwide in Japan on November 20, 2004. It was critically acclaimed, winning many honors.[11][12] Shinkai's next project was 5 Centimeters per Second and premiered 3 March 2007. It consists of three short films: Cherry Blossom, Cosmonaut, and 5 Centimeters per Second.[13] The total run time is about 63 minutes. In September 2007 Nagano's leading newspaper, Shinano Mainichi Shinbun, released a TV commercial animated by Shinkai.

Shinkai spent 2008 in London, resting since the completion of 5 Centimeters per Second. He returned to Japan in 2009 to start work on his next project. He released two concept drawings for this film in December 2009. Shinkai noted that it would be his longest animation film to date and described the story as a "lively" animated film with adventure, action, and romance centered on a cheerful and spirited girl on a journey to say "farewell".[14] In November 2010, he revealed that his next work would be titled Children Who Chase Lost Voices from Deep Below. A teaser trailer was released on November 9, and the film was released on May 7, 2011.[15][16]

In August 26, 2016, Shinkai released Your Name. The film received critical acclaim,[18] was praised for its animation and emotional impact, and was also a commercial success, becoming the fourth-highest-grossing film of all time in Japan and, as of January 16, 2017, the highest-grossing anime film of all time, overtaking Miyazaki's Spirited Away.[1][19]

Shinkai's next film Suzume no Tojimari is planned for release in late 2022.